Blockchain technology has opened up entirely new vistas for businesses. Old and tested conventional methods are not enough today. They are unable to keep pace with the fast-changing environments in which modern businesses operate. The need of the hour is processes that guarantee fast and fully secured operational systems which give a competitive edge over others in the field. This is where Blockchain technology and its multiple implications come into the picture.

What is Blockchain Technology?

The concept of Blockchain took off when Satoshi Nakamoto released a paper in 2008 on peer-to-peer electronic cash Bitcoin. From its humble beginnings then, Blockchain has become a ground-breaking technology that has positively impacted businesses across industries, from financial and educational institutions to retail stores and supply chains.
Around 2014, people who had hitherto tended to equate Blockchain with Bitcoin only began to realize the enormous of this technology. The blockchain is an open-ended decentralized ledger and can record transactions between two parties without the need for third-party intervention or authentication.

Most critically, every transaction recorded on a Block in the chain is immutable, that is, it cannot be changed, modified or canceled without changing all the next Blocks down the line. This makes this technology safe and secure and immune to hackers or unscrupulous elements. It has created a scenario which optimizes business processes – it not only quickens every transaction but also makes it fool-proof and tamper-proof.

Most industries have benefited from this technology, but it is the financial sector that has utilized it to the full. Almost 15% in this sector have based all transactions on this technology. Money Transfers across the world that often took days to materialize are today done in seconds without the fear of hackers disrupting the process. Blockchain AU is offering top-of-the-line digital marketing strategies to businesses based on this technology, thereby strengthening operational procedures.

With increasing number of industries joining the Blockchain bandwagon, specialized agencies are creating plans and implementing them to provide clients with heightened working experience. Here is a glimpse of some of the services offered by them –

Blockchain service providers offer specialized services that help companies to operate in a faster and more secure setting. Highly trained consultants guide companies to keep in sync with this new technology and apply it in areas that will help them take their performance and productivity to the next level. Designers and developers, entrepreneurs, consultants, and advisors all benefit by expert consultancy services of Blockchain companies.

POC or proof of concept development becomes critical when a company wants to test a prototype or a concept or a theory to know whether it will be economically feasible when introduced in the market. Blockchain services team provide mock-ups of the concept and help in the analysis as to whether they are in tune with the desired standards and goals. Once this is established, businesses can go ahead with the development and marketing of the original concept.

Three areas are primarily covered by POC. The first is business development where a company permits a potential customer to test a product. The second point and this is crucial for Blockchain app developers, is in software development where it becomes necessary to know whether the software is meeting the goals for which it is designed. Thirdly, there is the matter of computer and system security where POC demonstrates how a network can be hacked and compromised while structuring ways to prevent this from happening.

Studies have shown that the Blockchain can today process more than 7,000 transactions per second. Advertisers are hopeful that this speed will increase to a level where digital ads can be processed in real time on the lines of cryptocurrencies. With Blockchain, digital marketers can handle hundreds of thousands of ads sold every second.

Even then, such companies are working to get more speed out of this technology. The focus today is gradually shifting to “proof of stake” from “proof of work.” An example of “proof of stake” is distributing new Bitcoins to people can prove ownership of existing coins. It is as different from proof of work that requires a lot of energy to maintain the security of the Blockchain system. Services providers of Blockchain can play a crucial part in this field.

These are some of the services provided by Blockchain agencies. 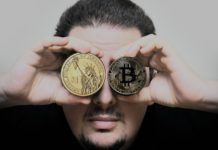 Will Cryptocurrency still be popular in 2020? 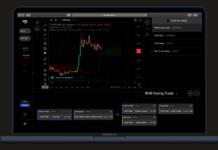 Review of Superorder: Crypto Trading Terminal with Automation and Bots

Start Drinking Coffee By The Cup

What to Look for When Buying Snowboard Pants: Men and Women 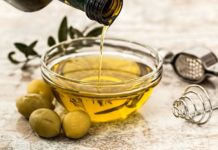 Benefits of essential oils for your overall health care regimen

Could a Nose Job Reduce Your Allergy Symptoms?

Review of Superorder: Crypto Trading Terminal with Automation and Bots

E-commerce – the next limitless growth potential

How To Boost Employee Morale With Company Award Ideas