Cryptocurrencies have only recently surfaced as a popular method of payment, investment, or even hobby for some. More specifically, they’re a “digital currency in which encryption techniques are used to regulate the generation of units of currency and verify the transfer of funds, operating independently of a central bank.”

What is a cryptocurrency?

Most people don’t really understand how cryptocurrencies came about, but the simple answer is through complex mathematic algorithms and high-powered software. U.S Senator, Thomas Carper, wrote: “virtual currencies, perhaps most notably Bitcoin, have captured the imagination of some, struck fear among others, and confused the heck out of the rest of us.” Bitcoin was the cryptocurrency that really made the concept popular. The inventor of the currency stumbled upon his creation by inventing a decentralized digital system known as blockchain. Inspired by recent peer-to-peer network sharing models, a man named Satoshi Nakamoto designed a never-before-seen system in 2008. Bitcoin was born.

How are they used?

As described by Block Geeks “Every peer has a record of the complete history of all transactions and thus of the balance of every account. A transaction is a file that says ‘Bob gives X Bitcoin to Alice’ and is signed by Bob’s private key. It’s basic public key cryptography, nothing special at all. After signed, a transaction is broadcasted in the network, sent from one peer to every other peer. This is a basic p2p-technology. Nothing special at all, again.” Behind all of the seemingly easy transactions are very smart miners. Without miners, there would be no cryptocurrency. They, in the end, are the ones that solidify all of the transactions made on the decentralized digital systems. Investors who may have no knowledge of how cryptocurrencies are mined are buying into cryptocurrency hedge funds. With cryptos like Bitcoin, Ripple, Litecoin, and Ethereum, the investments are proving to pay off.

What are the most popular cryptocurrencies?

The most popular cryptocurrencies, meaning the most talked about and most often bought and sold, including Bitcoin, Ethereum, and Litcoin. They’re mostly popular among millennia’s but are making waves across Generation Xers, and Baby Boomers as the younger crowd is seeing success.

According to a Forbes article by Panos Mourdoukoutas, a survey found “9.19% of Millennials would invest $10,000 in cryptocurrencies, compared to 4.04% of Generation Xers and 3.08% of Baby Boomers.” The market capitalization of Bitcoin, Ethereum, and Litcoin are $275.1 billion, $71.1 billion, and $16.5 billion respectively. The use of the different cryptocurrencies is what sets them apart. Bitcoin is used for peer-to-peer payment and should soon be accepted as a form of payment in stores and other exchanges. Ethereum, on the other hand, is used for smart contracts.

Why are cryptocurrencies good?

There’s great debate over whether cryptocurrencies are good or bad for the economy. Some people argue that inflating this new form of money will make our economy reliant on the world of cryptography. This may be true, but there hasn’t yet been a settlement as to if this was a good thing or a bad thing. There are definitely pros and cons of cryptocurrencies. Ameer Rosic points them out in his article “5 Benefits of Cryptocurrency: A New Economy For The Future”. The advantages he identified include fighting things like fraud and identity theft. Having the ability to immediately settle deals and contracts, having access to everyone through a new exchange system, and lower transaction fees.

Another aspect that is often overlooked is the fact that you own the entire account via cryptocurrencies. Many people trust their bank, so they don’t think twice about the fact that a major company has some control over their assets. It is, however, a huge plus that only you can control your money in the form of cryptocurrency. According to a survey done by PWC, 83% of people are “slightly familiar/ not at all familiar” with crypto currencies, and 6% are “very familiar/extremely familiar,” therefore there’s plenty of time before cryptocurrencies become the norm.

5 Things You Should Know About Profitable Binomo Trading

Options Trading Platforms Is So Famous, But Why?

6 Things You Should Never Apologize To Your Partner

How To Fix Authentication Problem On Android?

5 Top Boutique Hotels On the Westside of Los Angeles 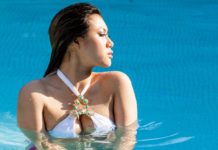 How to find the best swimsuits? 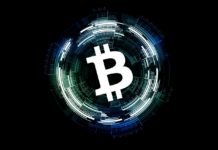 Interview with Marten Jung about blockchain and how it influences businesses

55 Exercises You Need to Try 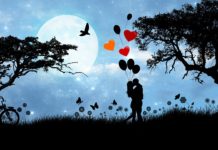 Features You Need To Consider Before Choosing A Good Signage Printing...