Football players are some of the most well-paid in the world. They are often known with their football skills but some footballers leave their fans super appealing appearance. Below are some examples!

Marco Reus was born in German and is currently playing as a striker for Borussia Dortmund. This handsome guy wears No. 11 shirt and plays an important role in the team.

The high salary that Marco obtained from playing football is 4 million euros in 2012. This talented guy is also believed to bring a lot of surprises in the upcoming tournaments.

He owns the most beautiful hairstyles in the world

Robert Lewandowski is a Polish footballer currently playing for German’s Bayern München in the Bundesliga and the Poland national football team. He is currently one of the Bundesliga top scorers, earning 9 million euros/year.

He is handsome, has many luxury cars, but Robert made so many female fans in despair when deciding to marry in 2013.

Robert currently wears No. 9 shirt for the Poland national team

The perfect and angular face in every detail are the most striking features of this guy. Brown eyes, a high nose, curly hair make other people impressed when seeing him in the first time.

Hummels’s forte is the center-back, in addition, he can play in the right-back position and midfield.

Kaká’s full name is Ricardo Izecson dos Santos Leite, is a Brazilian football player. He is currently playing for the Orlando City Club at the American Football League and the Brazilian team in the position of a midfielder.

He has a son and a daughter, but what makes the world so disappointed is that he and his wife Caroline Celico broke up after 10 years of living together. Both shared sad and happy memories in the days of Kaká playing as a footballer.

Although they broke up, the two still kept in close contact with each other like close friends.

Possessing appealing eyes and legendary smile, Neymar is the idols of many fans especially female fans. This Brazilian player now has a lovely son.

Neymar is one of the best players in the world today

Gerard Piqué’s full name is Gerard Piqué Bernabeu. He is a Spanish player currently playing in the midfield position. Pique is so seductive because of the green eyes and handsome face of the Spanish gentleman.

Perfect bodybuilding and smiles are the reasons he always attracts many partners from different fashion firms. It is worth mentioning here that this guy is the husband of the most famous female rock singer Shakira Isabel Mebarak Ripoll.

David’s full name is David Robert Joseph Beckham. He is a former member of the legendary Manchester United Club.

He has a passion for football from a young age and intense love for his wife Victoria. He was married quite early and has four children at the present time.

His children inherit talent from his father and his mother who is a former singer of Spice Girls and fashion designer of Victoria Beckham. At the present time, the couple has a happy life with their children.

Olivier Giroud was born in France and is one of the sexiest players today. He is currently playing for the France national football team and the Arsenal Club of the Premier League.

Olivier is not only the most handsome person on the pitch, but he is also a perfect husband

His full name is Yoann Miguel Gourcuff. He was born in France and currently plays in midfield for Stade Rennais and the France national football team. Yoann Gourcuff carries all the features of French men.

Dense eyebrows and deep eyes can make all girls fall in love with. Yoann also has a super high number of female fans.

Yoann has very seductive eyes and angel like face

The full name is Aaron James Ramsey, who is currently a Welshman who plays in midfield for Arsenal and Wales national football team. He was destined to be the Death when he scores.

Aaron Ramsey’s spectacular scoring goals are tied to the death of a number of world-famous celebrities like Paul Walker or Apple’s boss Steve Jobs and many other stars. But his talent in football is undeniable.

Aaron is the youngest and most energetic player

Marc Bartra’s full name is Marc Bartra Aregall, is a Spanish player. He is currently playing as a defender for the Spain national football team and Borussia Dortmund.

The full name is Cristiano Ronaldo dos Santos Aveiro and was born in Portugal. He is one of the world’s No. 1 players today. Currently playing for Juventus Club as a striker and the captain of the Portugal national football team.

This lady-killer has a son named Cristiano. Ronaldo Jr. He is always at the top in the most handsome categories and earns the best money with over 82 million USD and no player can pass this number.

This Portuguese striker has made many hearts fall down

Antoine Griezmann was born in France. Currently playing mostly in midfield for Atlético Madrid Club. Atlético’s young boy has made a lot of girls fall in love with seeing his friendly beauty and charming smile.

Francesco Totti is an Italian player currently playing as a striker for AS Roma football club. He is an “old” star who is the top footballer beauty today.

He has the legendary beauty and character of Italian men. This 76-year-old man plays football well even though he was 38 years old.

Francesco Totti is an Italian player who keeps in good trim 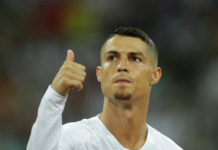 6 Must Have Leather Jackets in a Man’s Wardrobe

9 Fun Facts About Women from Argentina

Recent Innovations in the World of Cars 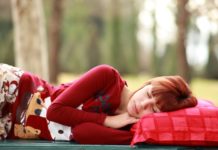 The 4 Best Tips to Easily Improve Your Sleep Quality Each...

How to Redefine Yourself and Become a More Powerful Woman?

What to Expect from Your First Ever Thai Massage